Get to Know American LegalNet 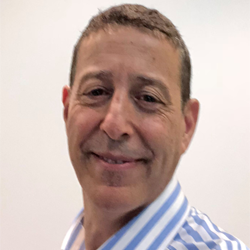 Mr. Bustan founded American LegalNet in 1996. Prior to American LegalNet, he founded the American Runner Attorney Service, a company serving law firms in Southern California. In the process of growing American Runner into a multi-million dollar business that served over 300 law firms as clients, Mr. Bustan was able to see the market opportunity to create a ‘Desktop to Courthouse’ law firm software solution that encompassed docketing, calendaring, court forms, court rules and electronic filing. He has grown American LegalNet into the leading provider of ‘Desktop to Courthouse‘ legal software solutions that enhance workflow, minimize risk and reduce cost. 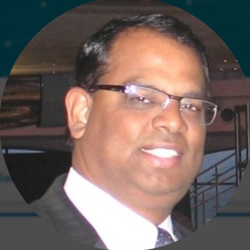 Mr. Rajendran is the Chief Technology Officer at American LegalNet, Inc. He leads all aspects of the global technology organization, including product roadmap, development operations, software applications, security, product engineering and architecture, and production support. Raj has more than 25 years of experience in the technology field across different industries. He has extensive experience with Software Development, QA, Change Management, Offshore Delivery, Metrics-based Management and is consummate at bridging the gap between the product management and delivery. Prior to this role, Raj has held IT Executive positions in IndyMac and Union Bank. He earned his M.S. degree in Engineering from Kansas State University. 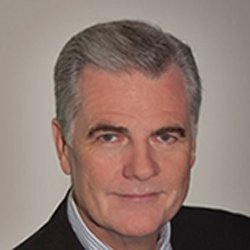 Mr. Scott is the Chief Strategy Officer at ALN, where he is focused on developing, executing and sustaining the company’s strategic initiatives, particularly focused on company growth, marketing and business development. He is a recognized expert and thought leader in legal technology with over 20 years of experience working with law firms.

Joseph was most recently at GSS&P Consulting where he served as Special Counsel advising companies by providing growth strategies and tactical direction in sales, marketing and operations. Previously, he was V.P. and General Manager of CompuLaw. He began his career in the legal vertical at West Publishing (Thomson Reuters) and has been affiliated with several companies, including OneSource and Legi-Slate.

A licensed California attorney, he received his J.D. from Pepperdine University, School of Law and completed his undergraduate degree in business administration at California State University. 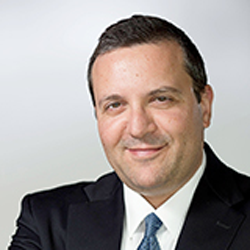 Mr. Biegel is the Chief Client Experience Officer at American LegalNet. He has over 10 years of experience serving on leadership teams at award-winning SaaS technology companies. Prior to this role, he led ALN’s Product Management organization working with many of our clients. At DMP, he led product management, data operations, and business development (including forming key partnerships with Google, Microsoft, and Redfin) for real estate data, API and SaaS products that he created and are still used by millions of people every day. Prior to that, Mr. Biegel was the head of Marketing for Anametrix, the pioneer of multichannel analytics and data science. He also led products at ApMetrix (VR/AR and mobile analytics) and MomentFeed (SEO/SEM and digital advertising). Mr. Biegel holds a J.D. and M.B.A. from the University of San Diego, a B.S. in M.I.S., and was a top-rated programmer earlier in his career. 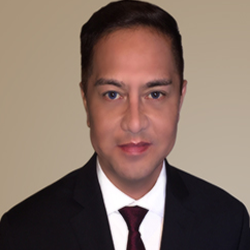 Mr. Parungao handles the executive and strategic finance and operations at American LegalNet. He has over 25 years of experience from various Fortune 500 and recently with technology companies for the last 10 years leading growth, transformation, business process re-engineering, capital raise and M&A, among others. Prior to joining American LegalNet, he held leadership roles (CFO/COO/SVP) at GPL Technologies (M&E), Infrascale, Inc. (SaaS/DRaaS), Countrywide/Bank of America, Cardinal Health, Fortune Brands, PepsiCo & Coca-Cola. He started his career as a CPA with Arthur Andersen & Co. Hardy holds an M.B.A. from California State University, Northridge and a B.S. degree in Business and Economics from De La Salle University. 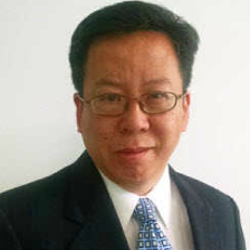 Mr. Ng has over 10 years of experience in accounting and finance management. Prior to joining American LegalNet, he served as Director of Finance for E-Z Data, Inc., a CRM software company for Fortune 500 financial services companies. He was at the helm of accounting for ten years before its successful sale to Ebix, Inc. (NASDAQ: EBIX). As a Senior Internal Auditor of Caltex Oil (a joint venture of Chevron and Texaco), Mr. Ng led operational audits and provided consulting for its Customer 1st program and establishing best practices for the company’s various divisions & joint ventures. Mr. Ng holds a B.S. degree in Business Administration from California State University, Los Angeles and has been a CPA since 1992. 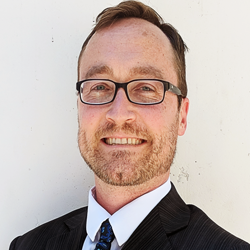 Mr. Pray brings a decade of docket department management experience at AMLaw 100/200 law firms to ALN’s product management team providing end-user perspective. He handles the management of ALN’s product portfolio and roadmap. He also consults with incoming eDockets clients to assist with transition planning and implementation of a centralized docket departments. Prior to joining ALN, he managed the nationwide litigation docket department for Foley & Lardner, during which he rekindled the national eDockets user group, and the downtown Los Angeles chapter of the National Docketing Association. He holds an MBA from Loyola University of Chicago, and a B.A. in Rhetorical Analysis from Northern Arizona University.

Meet the Board of Directors

Mr. Bustan founded American LegalNet in 1996. Prior to American LegalNet, he founded the American Runner Attorney Service, a company serving law firms in Southern California. In the process of growing American Runner into a multi-million dollar business that served over 300 law firms as clients, Mr. Bustan was able to see the market opportunity to create a ‘Desktop to Courthouse‘ law firm software solution that encompassed docketing, calendaring, court forms, court rules and electronic filing. He has grown American LegalNet into the leading provider of ‘Desktop to Courthouse‘ legal software solutions that enhance workflow, minimize risk and reduce cost.

Since 2007, Mr. Busani has been active in real estate and fundraising initiatives for businesses and investors, including assisting early stage companies with capital formation. From 2003 to 2006, Mr. Busani served as Head of the Mandatory Service in Air Force Headquarters for the Israeli Air Force and, from 1996 to 2003, Mr. Busani held various other leadership positions in the Israeli Air Force, including Squadron Leader for the IAF at the Hatzerim Air Force Base in Israel, Squadron Leader for the IAF at the Ramon Air Force Base, and Head of Logistics of the IAF. Mr. Busani holds a Bachelor of Arts and a Master’s degree in social sciences and mathematics from the University of Haifa in Israel.

Mr. Stanley is a programmer, lawyer and CEO of Justia.com, which provides online resources and services to academic institutions, public interest groups and legal professionals. Justia is currently the second highest trafficked commercial legal website in the United States. Prior to starting Justia, Tim co-founded FindLaw and served at various times as FindLaw’s CTO, CEO, Chairman and VP of Products. He is a member of the State Bar of California and was on the Executive Committee of the State Bar’s Law Practice Management and Technology Section. He is also a member of the American Association for Justice, American Bar Association, American Civil Liberties Union, Computer Professionals for Social Responsibility and the Electronic Frontier Foundation.

Mr. Eisenberg is the founder and Chief Executive Officer of Straight Line Management, which, since 1991, provides growing companies with senior–level expertise in finance, strategic planning, and business management on a part-time or project basis. Mr. Eisenberg is a member of the Company’s advisory board and is also a member of the Executive Committee of the Provisors Technology Industry Group. From 1986 to 1991, Mr. Eisenberg served as the Chief Financial Officer of EEsof and, from 1985 to 1986, served as the Chief Financial Officer of Monolithic Microsystems. Mr. Eisenberg served as a member of the Company’s board of directors from April 2001 to July 2001 and from May 2004 to April 2010. Mr. Eisenberg holds a Master of Business Administration from the University of California, Berkeley, and a Bachelor of Science degree in accounting from California State University, Northridge.

Since June 2019, our eFiling Portal is accessible to individuals with disabilities, including parties and attorneys with disabilities, in accordance with Section 508 of the federal Rehabilitation Act of 1973 (29 U.S.C. Sec. 794(d)), as amended, the regulations implementing that act set forth in Part 1194 of Title 36 of the Code of Federal Regulations and Appendices A, C, and D of that part, and the federal Americans with Disabilities Act of 1990 (42 U.S.C. Sec. 12101 et seq.).

If you need immediate assistance, please email efilingsupport@alncorp.com or call 818-817-9225.